Peter was born and raised in Chicago Illinois. He was 5 years old when his father, godfather and their best friend purchased a 1907 Friendship Sloop. He joined the crew cruising up into Canada as an 8-year-old and has been a boater ever since.

The following year he was enticed by Michael Han,  Manager of Sea Ray Boats of San Diego to move to Southern California. He sold five new Sea Rays his first day on the job and  it was soon named brokerage Manager. Peter has managed offices for some of the biggest companies in the business and recently opened San Diego Yacht Sales.

Currently serving as the Boat Show and Membership Committees Chairperson for the CYBA, Peter supports building our Association and working with the Show Promoters to bring better experiences to our Members and Customers.

One of Peter’s goals is to get more people out on the water and encourage current owners to use their boats more often.

Born and raised in Wyoming, Mark and his family had a small boat dealership that sold and serviced lake and river boats. While attending the University of Wyoming, where he received a Bachelor of Science degree in Business Management, Mark remained in the marine industry by working as an independent representative for several watersport companies such as Hydrodyne Boats, HO Water Skies and Eagle Wet Suits.
Mark spent over a decade with Olympic Boat Centers working his way up from a single store General Manager to the Regional Manager overseeing all operations for the 6 Southern California boat and yacht dealerships. During this same time period, Mark was on the board of directors for the S.C.M.A. (Southern California Marine Association).
Most recently, Mark has been on the Finance and Insurance side of the business, working first as the Finance Manager for Silver Seas Yachts and then most recently as the Financial Services Manager for Alexander Marine USA. Mark is a licensed insurance agent in California, Washington, and Florida.
Mark has put thousands of happy families into boats and yachts for over 30 years. Now, as the West Coast Sales Manager at Denison Yachting, he looks forward to growing the west coast operations while introducing more clients to the yachting lifestyle.

Wayne has been around water his whole life and has sailed most of the waters of the world. He started out on his dad’s “huge” 21’ Chris Craft Woodie cabin-cruiser when he was still in diapers. He cried when his mom made his dad sell the boat to spend more time with the family. Once he had boating on his mind, he spent every chance he could on the lakes and rivers of upstate New York. Once he found the ocean when he went to college in New Hampshire, there was no turning back, buying and sailing boats wherever he went. He eventually ended up in California in a corporate job, but that did not stop him from buying his first cruising sailboat, a brand new Tayana 42’. During the next thirty years, Wayne would work a real job for a few years, then escape and go cruising for a few years.

Wayne has spent the last 20+ years in the marine industry, selling boating equipment to boat builders all over the world and doing international and local boat shows on the east and west coast. He has extensive experience with catamarans and has visited most of the catamaran factories around the world. He was instrumental in the early days of electric propulsion, while working Glacier Bay.

Wayne earned his 100 ton USCG Masters license in 1990 and worked as a paid Captain for deliveries and long term jobs on both sail and power boats in many parts of the world. His most recent delivery was from South Africa to Florida on a 58’ sailboat that took 57 days.

For the past 9+ years, Wayne has focused his passion on helping other, like-minded boaters find the boat of their dream. With his vast knowledge of boats, and understanding of what boaters are looking for, Wayne has been successfully finding the right boats for hundreds of boaters. Wayne started selling boats for a local San Francisco broker, then started his own brokerage, Atomic Tuna Yachts in 2017. He has since acquired two brokerages in the Bay area, Farallone Yachts and Pacific Yacht Imports and runs two locations in Alameda with seven salespeople. He has been on the forefront of internet marketing and raising the bar of the brokerage industry.

Mik Maguire completed his education using the GI Bill at San Francisco State College in 1972, then worked with a national corporation managing 40 independently owned dealer outlets for five years. He entered the sales side of the marine industry and have been a licensed salesman and broker for 38 years. During that time, owning his own business and managing others.Recognized nationally for his efforts in marine safety he has worked closely for the last ten years with the California Department of Boating & Waterways & USCG.Credentials and/or accomplishments:
• Licensed California Marine Salesperson (Since 1982)
• CYBA Board of Directors Officer
• Past Licensed Marine Insurance Agent
• President & Board Member, Northern California Marine Association
• California/Nevada Boating Safety Council (charter member)
• National Association of Boating Safety Administrators Award Recipient
• NorCal ‘Million Dollar’ Club (5 years)
• Host: KNEW 910′s ‘The Boating ShowPersonal Boating…Mik has cruised the West Coast to the Sea of Cortez, some Caribbean cruising and the Bay & Delta since 1954.

Scott McNerney is a lifetime native of the SF Bay Area and is a 35 year Marine Industry veteran.  McNerney, an accomplished tournament water-skier, started working in a water-ski shop to pay for his college degree at UC Berkeley.  Upon graduation from Berkley with a degree in Mathematics, he stayed in the industry, ultimately buying in as a partner in the business.  Under McNerney’s leadership, this small shop became the largest Mastercraft dealership in the world.

A boater himself for over 30 years, Don Abbott brings his expertise to every page of Bay & Delta Yachtsman magazine. A former sail and power boat broker in Hawaii and the San Francisco Bay Area, Don is sensitive to the needs of advertisers as well as consumers.
He is now back as Executive Director of the California Yacht Brokers Association, and has been President, long time Board Member and Boat Show Chairman of the Northern California Marine Association.
In addition to Yachtsman magazine, he has been publishing Yachts For Sale magazine since June 1987, Pacific Northwest, Oregon, Northern & Southern California and Mexico Chart Books and the annual Northern California Marina Guide.
His love for boating brought him into the publishing business years ago so he could help keep the industry strong and share his enthusiasm with other boaters.

George grew up in Grosse Pointe, Michigan. He started racing sailboats by 14, and spent the summers racing, moving, or working on boats.
At college in Boston he was frequently at Hood Sails in Marblehead, where they were developing their first spar for a boat he raced on. While in college, he went from regatta to regatta… match racing and crewed on a Canada’s Cup contender. He spent a great deal of time at boat yards, and around yacht builders, Derektor, Palmer Johnson, and one-off builders.
After college, he was always sailing, racing or delivering a boat. In 1992 George was invited to join Charlevoix Boat Works, a firm that brokered boats, managed boats for clients, and had a ship chandlery. He became a partner. After the firm was dissolved he moved to San Francisco and became the Manager of California for a firm that imported Bavaria Yachts from Germany. After 2 years he more than doubled the sales. He met Gene Fox, owner and founder of Kensington Yachts and was asked to come aboard in 2002; he worked the prerequisite 1 year as salesman, and bought the company from Gene in 2003.
He has been a CYBA member since “03”.

Russ has been involved in the boating world his entire life and his personal goal is to share his love of the water with clients and friends. A Southern California native, he and his family enjoy wakeboarding, diving, power boating and sailing after graduating from USC, Russ started Action Watersports, the well-known local surf and yachting store in Marina del Rey. He is also the Co-Founder of Marina fest, an in-water boat show in Los Angeles, celebrating its 10th year in 2020. Russ is the Leopard Catamaran representative for the West Coast and has chartered them around the world. He is eager to share the excitement of owning and cruising these incredible yachts.

Nick is president of the Shoreline Yacht Group, comprised of San Pedro Yachts in San Pedro and Pacific Sailing and Motor Yacht Sales in Long Beach. Nick learned to sail in the Sea Scouts in San Francisco as a boy and has enjoyed boating for much of his life.
He began his career selling boats in 1995 and in 1998 purchased San Pedro Yachts. He and his staff have dedicated themselves to helping each of their client’s dreams of boating come true.
Nick has been a CYBA member since 1999 and joined the board of directors in 2006. He was president of the CYBA in 2008 and is proud to have been the 2011 recipient of the Merle Parks award for dedicated service to the California yacht industry, the highest award given by the CYBA.

Leilani Wales, a Certified Professional Yacht Broker, is the owner of AGL Yachts Sales, located at Sunroad Resort Marina on Harbor Island in San Diego. Leilani, formerly a brokerage co-owner in Seattle, moved to San Diego in 2015.  Leilani initially hung her broker’s license at Cruising Yachts until incorporating her brand, AGL Yacht Sales, Inc., and opening her own brokerage.  Leilani is an active member of CYBA, San Diego Power Squadron, San Diego Yacht Professionals, and Coronado Cays Yacht Club. In addition, Leilani was certified and trained in France on the Jeanneau 64 sailing yacht.
Leilani has been in the yachting industry since 2005. She was co-owner and manager of Emerald Bay Yachts in Gig Harbor, WA and Ocean Trawler Yachts in Seattle. Leilani has over 15 years of experience in yacht brokerage industry. Leilani has sold cruisers, sailboats, motor yachts, trawlers and catamarans. Leilani has participated in countless sea-trials, surveys, and offshore deliveries of yachts in Canada, Washington, Florida and California.
Leilani has lived in Asia, Canada, and the USA. She loves to travel, whether it’s by air, land or sea.  She enjoys visiting countries all over the world and learning about their cultures. She is an outgoing people-person and a lot of fun to work with. She is also a certified Open Water PADI Scuba Diver.
Leilani has a California Yacht and Ship Brokerage License (B-03422). She is also a member of CPYB (Certified Professional Yacht Brokers) and is currently the Chairperson of CYBA’s GEO (Growth Expansion & Outreach) Committee.

Thomas A. Russell has been the Senior Advisor to the California Yacht Brokers Association for two decades. A nationally-recognized maritime lawyer, Russell currently serves as is the Port Attorney for the Unified Port of San Diego. Prior to that he served for a decade as General Counsel to the Port of Los Angeles. He is past chair of the Recreational Boating Committee of The Maritime Law Association of the United States. Russell is a contributing author to several national publications, including Benedict on Admiralty and Moore’s Federal Practice. After serving as a law clerk to Justice Robert Kingsley of the California Court of Appeals, Russell studied dispute resolution at the Harvard Law School. Russell is a Proctor in Admiralty of The Maritime Law Association of the United States, is listed in Who’s Who in American Law and Who’s Who in America, and holds an “AV” peer-review rating from Martindale-Hubbell for achieving the highest standards of legal ethics and competence. Russell received his undergraduate degree from the University of California at Berkeley and his law degree from the University of Southern California Law School. 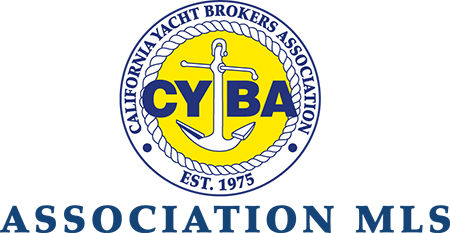